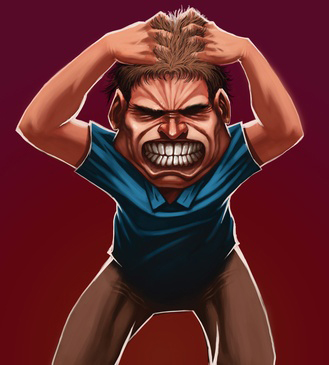 Self-loathing. I had a full dose of it yesterday. Thankfully, it was not I who was indulging this time, but rather a good handful of clients. Self-loathing is a tough one. It is hard to penetrate as it is held onto quite tightly.

You can’t argue with self-loathing. You can’t heap accolades on someone to try to help them counter it. Self-loathing only increases when met with resistance.

Self-loathing is fundamental to the human condition and I believe does more damage than any other habit. We all suffer from this condition to one degree or another. As a defense, some people are much better at hiding self-loathing with a “happy face” or acting superior, but scratch the surface and there it will be.

Each of us indulges in the practice in our own special way and is triggered by our own individual circumstances. Some parade their self-loathing around as if it is who they are. Others do everything in their power to cover it up. It is very slimy, hard to describe, difficult to pin down. Just when you think you’ve got a handle on it, it slips away and then turns up again when you least expect it. It has ultimate power when not recognized as being in control.

Unfortunately, we cannot transform something about which we are unaware. The invitation is to watch and feel into when this very particular energy takes over. Because that is what it does. Self-loathing has super-villain qualities. When you least expect it, it high-jacks your brain and controls your every move.

Then, it feeds on your reaction to it. This vicious cycle becomes a life-force of its own. The vicious cycle can be stopped anywhere, but first it must be seen and felt – this insanity of doing the same thing over and over and then hating yourself for doing it.

Some approach this by desperately trying to stop the doing (eating, smoking, yelling, not exercising). But because self-loathing is in control, this rarely works.

Another option is to watch the self-loathing. Don’t even think about changing it, just watch it. You will be amazed by the resources it has at its disposal. You will admire its endurance and ability to mutate on the spot. It keeps going and going on with no sleep. It loves junk food. It can kill a relationship and keep on moving until you have no friends and your family barely tolerates you. It can simultaneously spoil any vacation and reduce your chance at a raise.

Watch and be amazed! Although it has super-villain qualities, self-loathing is not a villain. It deserves some credit! I promise you, it will not be going anywhere, so you may as well become friends. Then, just like with any friends, some compromise can be discussed. You can set up a dialogue. Learn more about one another. You can choose to spend some time with it, consciously and intentionally wallowing in its powerful energy. This conscious lack of resistance will allow it to dissipate.

Self-loathing is a primary condition of being human. That is all it is. We give it its power by resisting it, which is its source of energy.