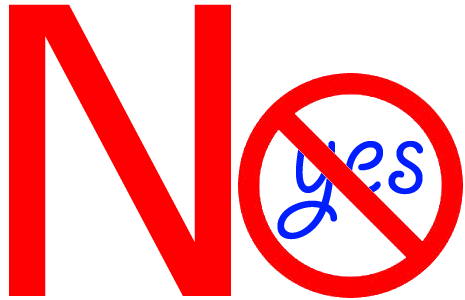 The reverberating NO! At some point in our young lives something happens to which we respond with a deep, powerful energetic NO! This something could be your mother walks out of the room just as you are reaching out to her or a pleasurable experience with a parent is met with some violence or inappropriate sexual response.

The experience is relevant only to the individual child. One situation stimulates a response in one child which does not even occur in the other’s world. The “what happened” is not the vital piece to know.

What is most vital to know, see and feel is the reaction to the stimulus. This reaction is held in the body and transmitted out into the world so that it generates in the world the same experience over and over again.

This is how this problem of “what happened” is solved. Until one understands this and looks for the reoccurring theme, life can feel very much like punishment. If, on the other hand, one were to be curious and interested and simply observe the overall theme of life experiences and witness the co-creation of such experiences, life will provide the clues as to where to look for the solution.

Instead what frequently happens is we feel as if life happens to us and we have no control whatsoever. We become victims or martyrs, or persecutors as a way to defend against this ongoing pain.

The way out is the way through.

Pay attention via a daily review of disharmonies. See the thread that connects the way life is defended against with the internal environment. Where do you demand that “this should not be?” Where do you point to the other and say “this proves what I have always known?” Where do you cut yourself off or aggress toward the other?

All of these are important clues to the original pain against which you defend yourself. This original pain is that of a child, but we forget that as we “grow up.” In the area where this pain lives, the child is still in control. This is why this is so frustrating. We watch ourselves throw tantrums and feel out of control, which is deeply embarrassing. The next automatic response is to defend, deny, blame, or judge ourselves for acting so childish. This only reinforces the vicious cycle. The original pain against which we are fighting is put back underground where it renews itself and grows stronger. Then the same thing happens again.

And again. Until this pain is recognized for what it really is, a child-based refusal, and allowed to be felt as the fear or sadness or anger that it originally was, it will find a way to express itself in some twisted way.

While we are living in the NO! the freedom that lies in being with life fully is beyond our ability to experience. Only by seeing this NO! can you begin to say yes. Quietly at first, because it is scary, but then more and more life opens to this positive energy, ultimately turning toward a genuine yes.